Osceola Consulting’s founder and CEO, Kevin Narcomey, presented the Scholarship to Abigail Gallardo, a member of the Tunica Biloxi Tribe of Louisiana, and a student at the University of California, Los Angeles. She was one of twelve Native American Students receiving Chamber Scholarships. When presenting the Scholarship Narcomey commented that, “Osceola Consulting will continue to sponsor an American Indian Chamber Scholar with a scholarship to enable Native Americans in overcoming their historically low participation in higher education,” adding, “Native American participation in higher education is half of that of the overall U.S. population, and actually declined over the past five years.”

The Chamber’s annual celebration of National Native American Heritage Month, proclaimed by The President for November of each year, recognizes Tribal, and Native American Community Leaders with the “Warrior Award.” Richard West, Jr. was the Recipient of the 2021 Warrior Award. West, a member of the Oklahoma Cheyenne and Arapaho Tribes, and the Society of Southern Cheyenne Peace Chiefs is President and CEO Emeritus of Autry Museum of the American West. He is also Founding Director Emeritus of the Smithsonian Institution’s National Museum of the American Indian. Beverly Johnson, Contract Equity Administrator of the East Bay Municipal Utility District was also recognized with an Award. 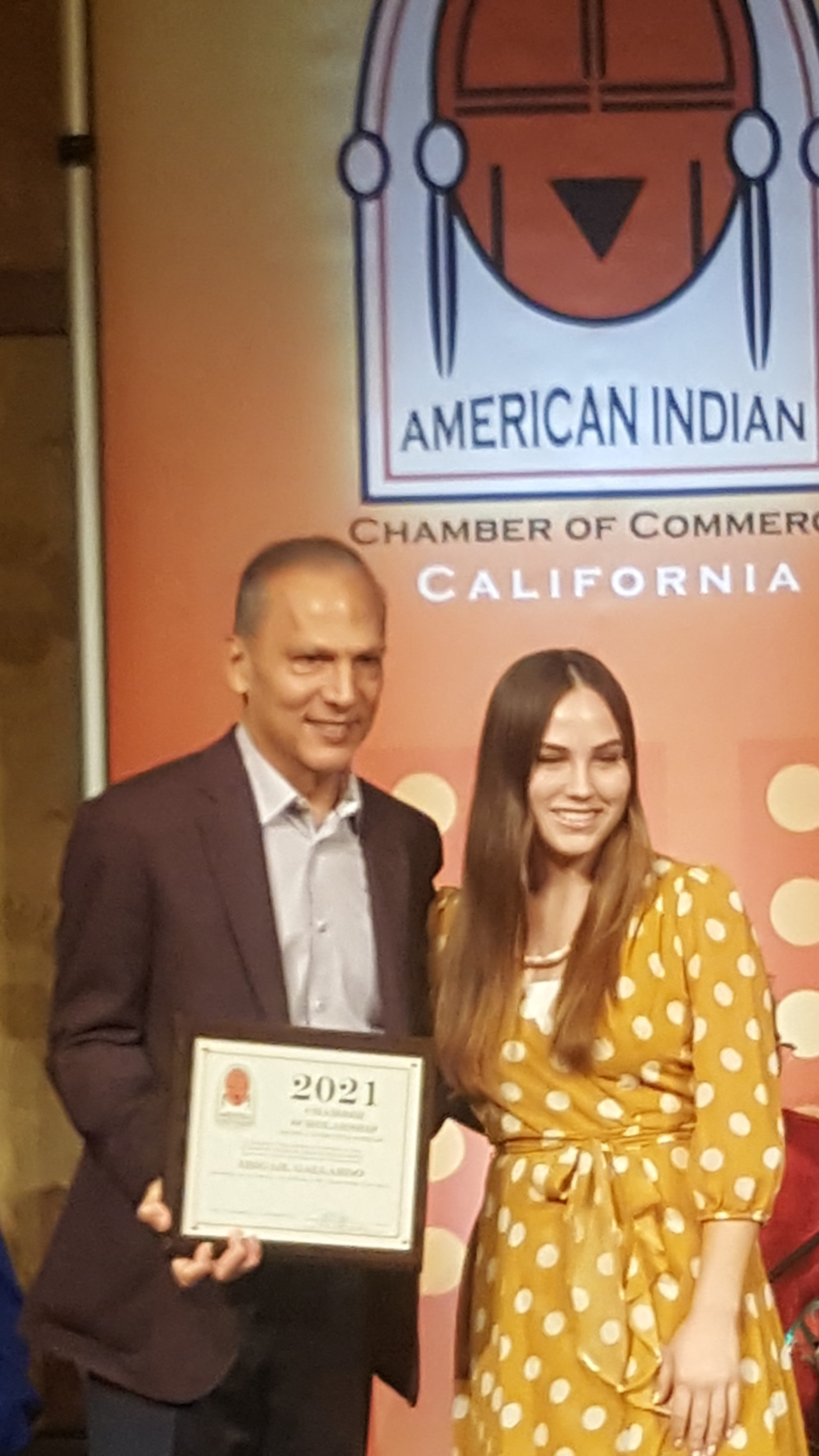