The American Lung Association (ALA), San Diego (SD) honored Osceola Consulting’s founder and CEO with its inaugural Volunteer of the Year Award during its Turquoise Ball, on June 1st, 2019 at the Marriott Marquis San Diego Marina. The recognition was one of three Awards presented by ALA-SD, with Caroline Winn, receiving the Corporate Environmental, and Mother of the Year award; and Dr. Ni-Chang Liang, receiving the Lung Health Provider, and Mother of the Year Award. Winn is Chief Operating Officer of San Diego Gas & Electric, and Dr. Liang is Director of Pulmonary Integrative Medicine, Coastal Pulmonary Associates.

Osceola’s support of ALA-SD dates back to 2015, when the Company first participated in the Lung Force Walk, and 2016 when it was the top sponsor of the first Golf for Air Tournament. Osceola has been a Lung Force Walk sponsor for four consecutive years, and in 2018 was the organizing sponsor of the inaugural Lung Force Inland Empire Walk, held in Ontario, California. Kevin serves as member of the ALA SD Board of Directors, and Cochair of both the Lung Force Committee, and the Development Committee.

In his presentation of the Award to Kevin, Sidney Furbush, SDG&E Manager of Supplier Diversity and Cochair of ALA’s Development Committee  said that the “Volunteer of the Year Award is one of the highest honors bestowed on a volunteer by the American Lung Association who has made a significant contribution to lung health in the region.”  He continued that, “I want to personally thank and recognize…Kevin Narcomey for his dedication, leadership and countless hours of volunteerism helping to develop a stronger position for the American Lung Association in San Diego County.” Sidney recounted how Kevin’s leadership in SDG&E’s 2016 Golf for Air tournament, led to recruiting other corporate sponsors resulting in more than $80,000 raised.  Sidney added, “Since then Kevin has continued to partner with SDG&E on many other fundraisers donating his time, creative talents, and educating others about the importance of clean air and lung health.”  He noted that Kevin “exemplifies a true humanitarian through his generous acts of donating, and through his innovative ideas like the Text to Give, by leveraging his company’s resources he created a virtual walk team with over 100 walkers making the 2019 lung Force Walk one of the most successful ever.” Sidney concluded, “Kevin is one of the San Diego Lung Associations most resourceful and influential board members, and one of my dear friends,” ending by congratulating Kevin on the Award and thanking him for his leadership.

In accepting the Award Kevin related how Osceola was a Seminole Nation Chief who resisted the tribe’s forced relocation from Florida, and how his great grandmother walked the Seminole Trail of Tears to Oklahoma, where he grew up on the Oklahoma Seminole Reservation. “That Culture of being a fighter,” in the tradition of Chief Osceola and his great Grandmother, “caries forward and gets into his passion supporting an organization like this which is all about fighting--fighting disease and lung cancer and about people who are experiencing it, and going through their own pain fighting it.”  Finally Kevin dedicated his award to his own outstanding mother, who passed away in December, “She was very inspirational, dedicated to community service, and was a school teacher and counselor, committed to giving back.”  Kevin concluded, “Her commitment to giving back, giving to others, and reaching out is part of my heritage”. 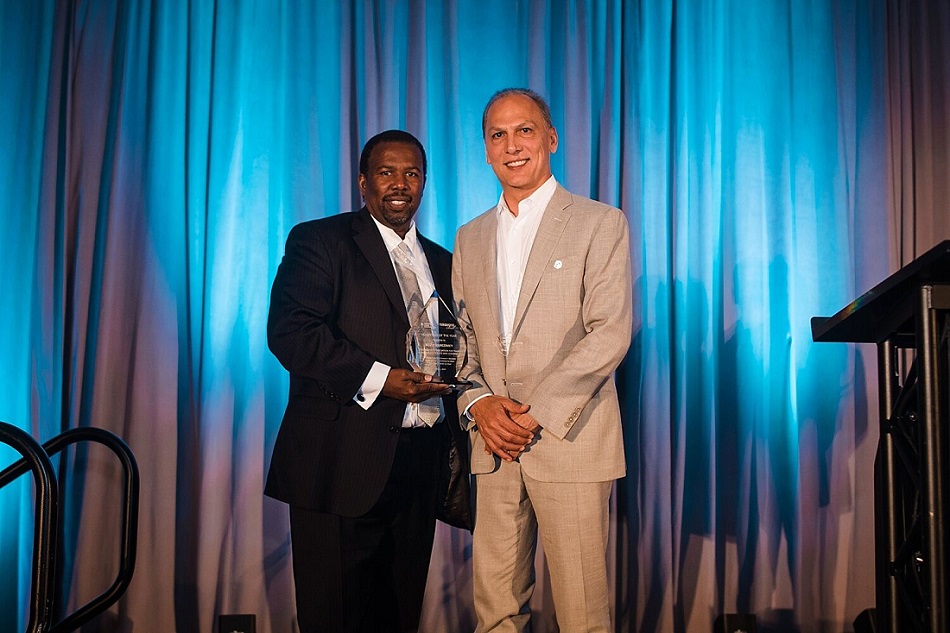 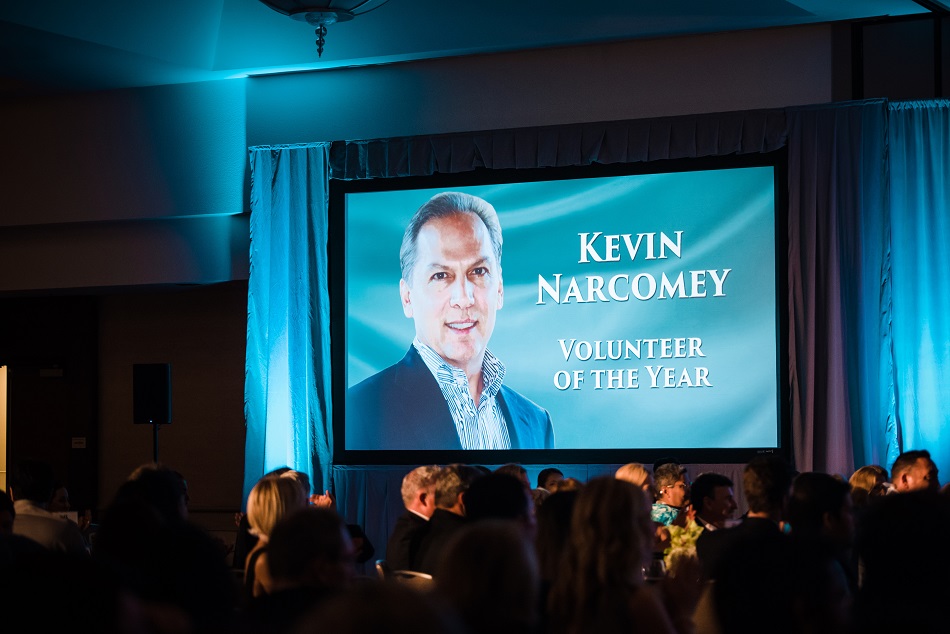